Home › The F.N. Sharp Guide to Cooking With Wine

With the holidays upon us, you might be looking for some new cooking techniques to jazz up your meals. If you haven’t cooked with wine before, you’ve been missing out on an easy way to create fantastic dishes with a bit of sophistication other ingredients can’t lend.

Add a Little Wine to Your Recipes With This Guide 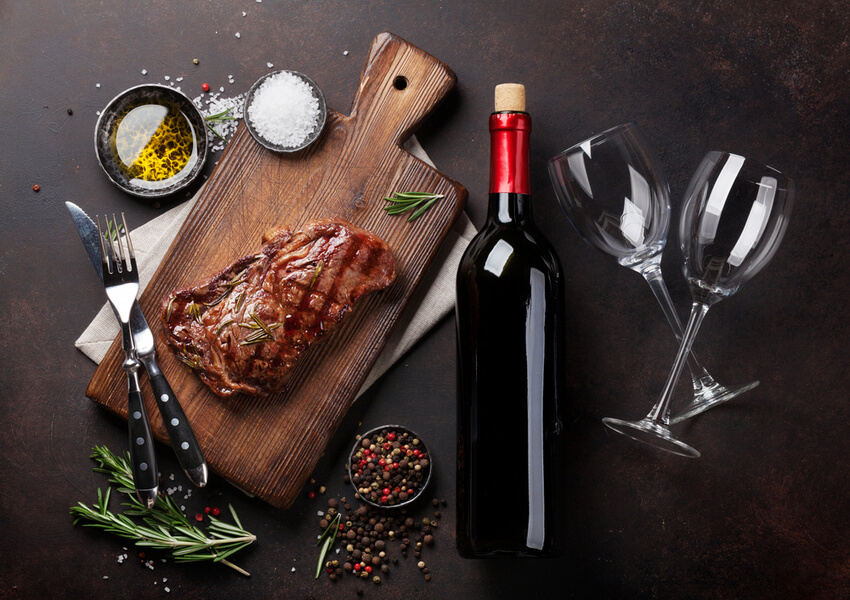 Wine can be used in a marinade, as a cooking liquid or as a flavoring in a finished dish. Cooking with wine is a great way to use up those half bottles you might have after hosting a dinner party. Pouring yourself a glass to enjoy while you’re working away in the kitchen makes the work a little more pleasurable too, of course! So how about you pour yourself a nice glass of wine and sit back to explore cooking with white, red and other wine varietals.

Is Cooking with Wine Healthy?

You’ve probably heard that drinking red wine in moderation can be beneficial for your health (although some dispute this, saying all alcohol is totally unhealthy). Regardless, studies have found that antioxidants and natural compounds such as resveratrol found in red wine can help lower cholesterol and reduce risks of diseases such as diabetes, some cancers, stroke and heart disease. It turns out that heating wine does not remove the healthy compounds, so you could gain wine’s benefits by “eating it.”

Heating wine causes the alcohol to evaporate, especially if it cooks for 30 minutes or more. With most of the alcohol removed and the healthier compounds remaining, evidence suggests you can gain the same benefits cooking with wine as with drinking it! Wine can also replace less healthy ingredients in marinades and sauces. Convinced yet?

How to Choose a Wine for Cooking 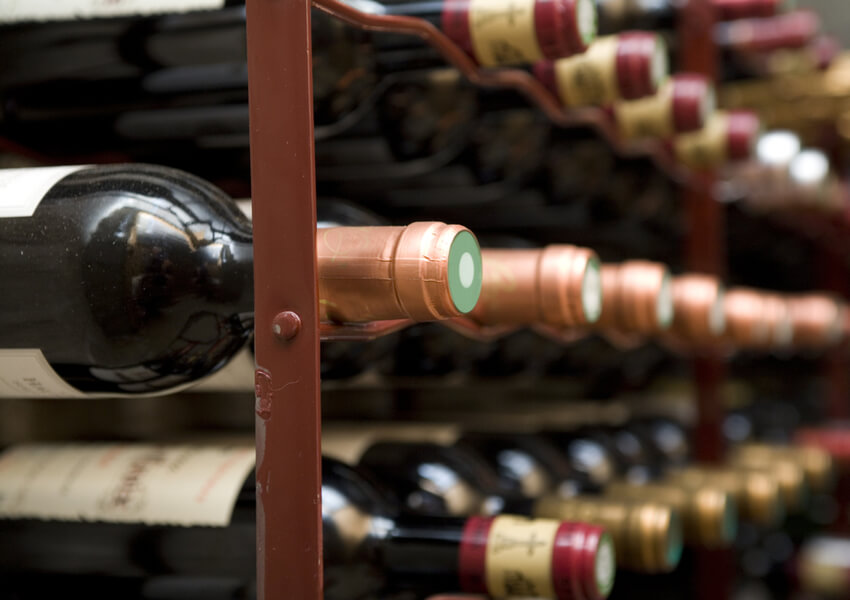 We add wine to food to intensify, accent and enhance its aromas and flavors. Adding wine to your dishes isn’t complicated, but don’t be tempted to pour in just any old wine – most chefs will tell you to only use wines in your cooking that you would drink.

More on Enhancing Flavors: The Basic Elements of Cooking

Using a cheap wine that tastes lousy or a wine that has turned and tastes like vinegar is just going to ruin your meal. Heat does not improve a wine’s undesirable characteristics, either — it amplifies them. While it’s certainly okay to use wine that has been opened for little while (up to two weeks if tightly corked), wine loses it fruity flavor over time.

This doesn’t mean you need to cook with expensive, vintage wines — save those to enjoy with your meal! It merely means that the wine you use for cooking should be drinkable. Some wine varietals are better suited for cooking than others, which we’ll explain in a moment, and you also shouldn’t swap red when a recipe calls for white wine.

The Truth About Cooking Wine

If you don’t drink wine often, you might be tempted to buy cooking wines you can find on your supermarket shelves. Despite their convenience and lower costs, most chefs will say steer clear.

Cooking wines contain no alcohol and are undrinkable due to their taste, preservatives and added sodium. Manufacturers add on average a teaspoon of sodium per eight ounces of wine to extend cooking wines’ shelf life. The extra sodium and poor taste won’t improve the flavors of your dish — and could even ruin it. For the few extra dollars, use real wine, especially since most recipes only call for small amounts of it.

If you want to use real wine in your cooking but won’t be able to drink the leftovers, you can freeze it and use it other dishes later. One easy way to freeze wine for cooking is to use ice trays, then store the cubes in a plastic bag once they are frozen. Most ice tray cubes are about two tablespoons. Measure one as you’re filling it so you’ll know later how much each frozen cube contains. Another option is to buy boxed wine for cooking, which is stored in an airtight bag and can last for about six weeks.

When to Add Wine 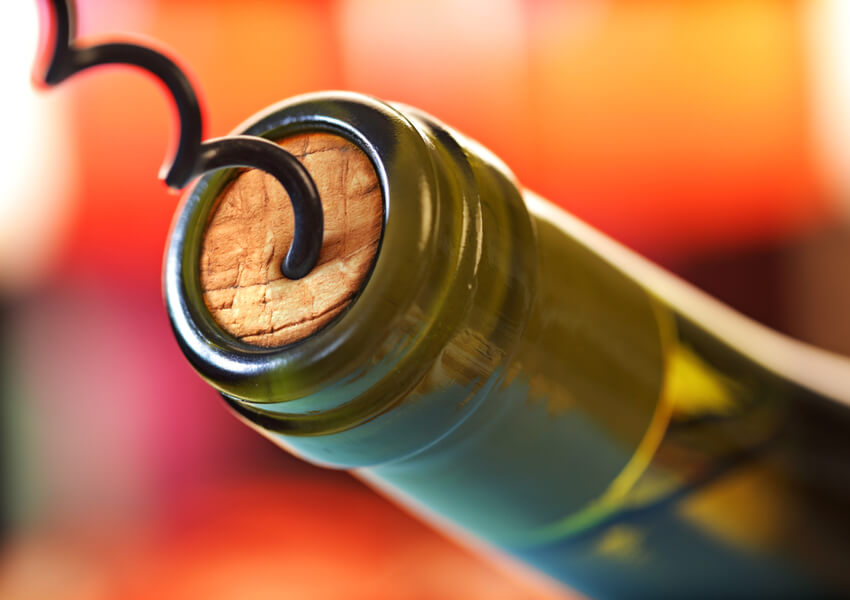 For most recipes, we add wine early in the cooking process. Adding wine just before serving can be overpowering and it won’t have time to enhance the flavor in most dishes. However, some chefs will add a dash of a high-quality wine very near the end in some dishes — but you should only do this with a superior wine. In marinades, the wine goes in first along with the other ingredients.

For braises, stews and long-simmered sauces, the wine goes in early, just after cooking the vegetables and meat. For pan sauces, add the wine after removing the cooked meat. As the wine cooks, it will reduce down into a thicker consistency, mix with browned bits of meat and pick up the other flavors of the dish, a process called deglazing. For more on sauces, check out our guide to the five mother sauces every home cook should know.

Tips for Cooking With Red Wine 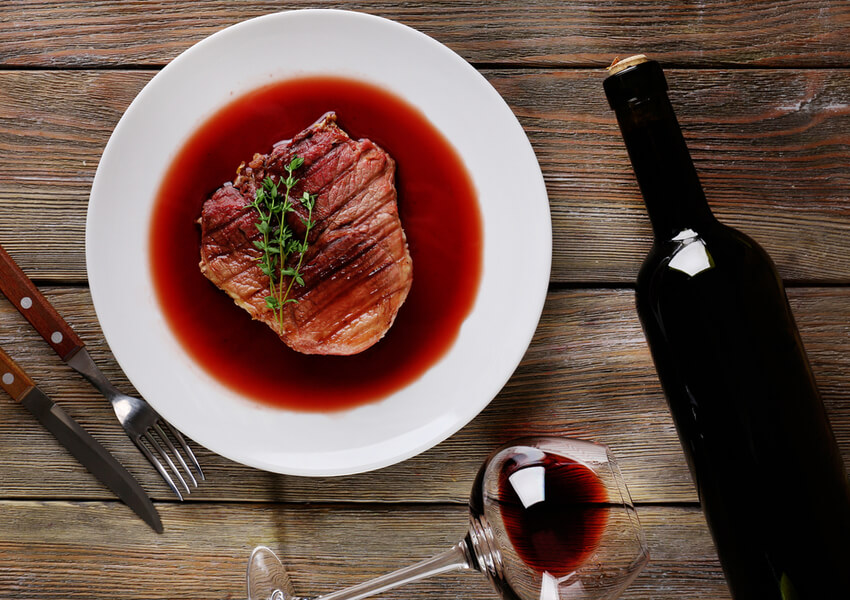 Red wine tends to work best for slow-simmered stews and tomato sauces, like this recipe for Italian Herb Paleo Chicken Sauce Tomat. It also works well for deglazing and making pan sauces for beef, chicken, duck and lamb. You’ll want to use dry red wines with moderate tannins (tannins are what make red wines taste bitter and astringent). If you use a red wine with heavy tannins for a sauce, it can become too bitter once it reduces.

Tips for Cooking With White Wine 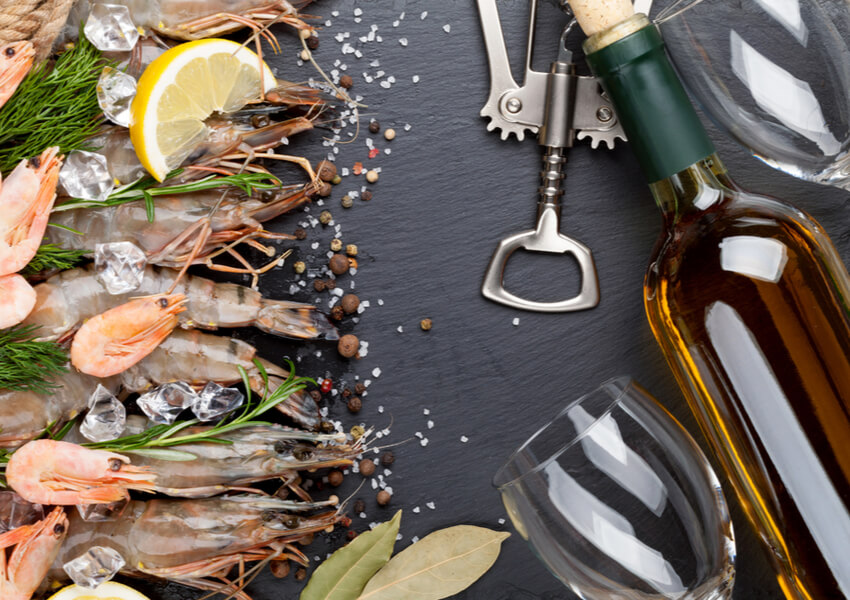 You’ll find more recipes calling for white wine over red due to red having more tannins. White wine reduces better than red and doesn’t risk red’s bitterness. White wines work well in pan sauces for fish, chicken and seafood, and in risotto. The best white wines for cooking are crisp and have a higher acidity, which brighten food, similar to how lemon juice or a fancy vinegar will.

Look for Pinot Grigio/Gris, Pinot Blanc, Sauvignon Blanc, White Bordeaux and Sancerre. Chardonnay and other whites with intense, oaky flavors are lower in acidity and don’t work as well in cooking. The buttery, oaky flavor that makes Chardonnay taste so good to drink becomes bitter when reduced.

Sweet white wines such as Rieslings also don’t work well in most dishes because they become too sweet once cooked, although they can enhance dessert sauces.

Tips for Cooking With Port Wine 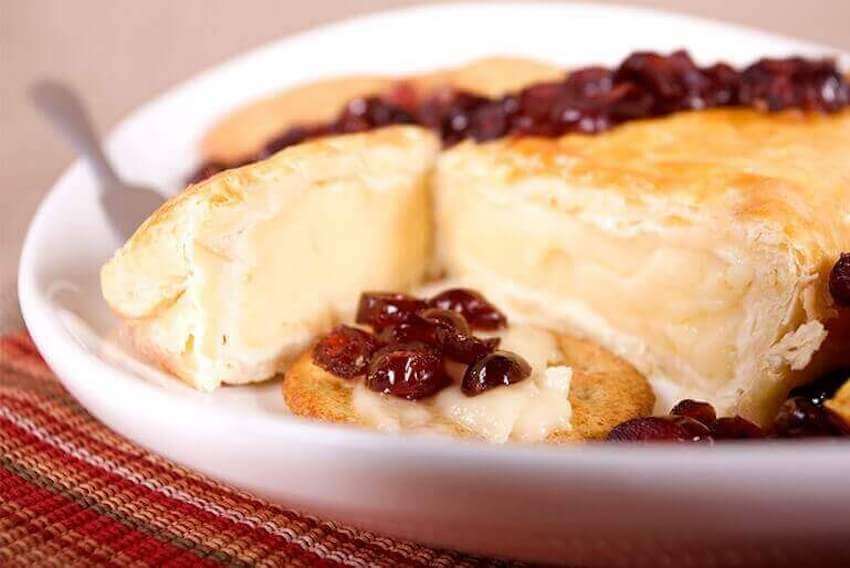 Port falls into a category called fortified wines, along with Madeira, Sherry and Marsala. We often enjoy fortified wines as a before or after-dinner drink because of their sweetness and higher alcohol. These are wines that have been “fortified” with a distilled spirit, usually brandy.

Fortified wines can add wonderful flavors to hearty foods, stand up well to heating and last longer once opened than other wines. Port is a fortified red wine from Portugal’s Douro Valley that comes in four basic styles: Ruby Red, Tawny, White and Rosé. Chefs usually reach for the two lesser expensive styles, Ruby Red Port, which is a fruity, young wine — or Tawny Port, which is aged in wood with complex flavors of caramel and nuts.

Use Port in stews or to deglaze pans and make sauces for robust meats such as beef, pork, lamb, duck and venison, like this recipe for Beef Stroganoff. Port is also excellent for making fruit-based dishes such as cranberry sauce and poached pears.

All About Wine Reductions 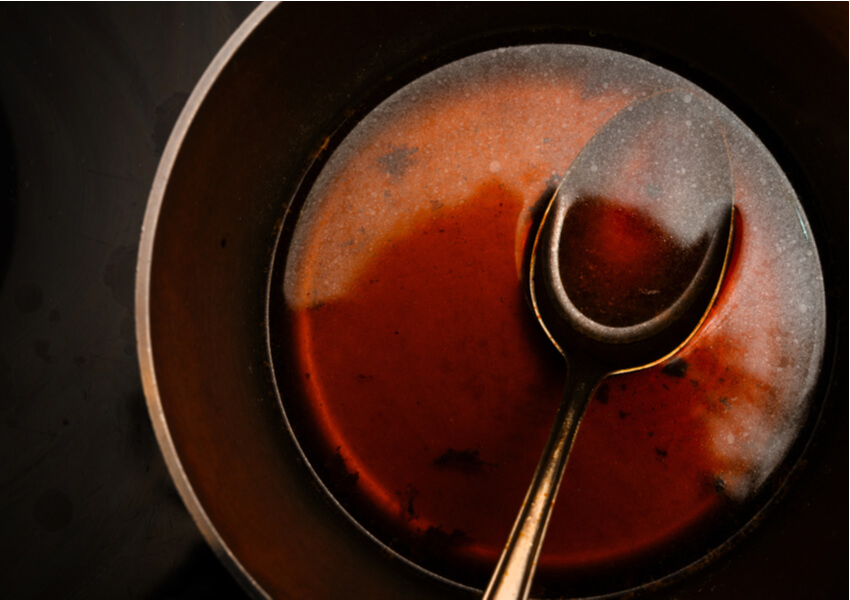 You might have noticed we mention reducing wine down until it’s thickened a few times in this post. Learning how to make a basic red or white wine reduction sauce is one of the simplest ways to add some oomph and sophistication to even your most basic foods such as boneless, skinless chicken breasts.

We make a wine reduction sauce by simmering wine in a pan, usually after it’s been used to sauté vegetables or meat. Some chefs add a flavoring liquid such as chicken or beef stock. The sauce simmers until much of the liquid has evaporated. A general rule of thumb is one-half to three-quarters cup of wine will make two tablespoons of wine reduction.

To finish a reduction sauce, swirl in a few pats of butter at the end. Adding fresh or dried herbs such as rosemary, thyme, oregano, parsley, chives or tarragon will further enhance the sauce’s flavor.

More on Spicing Up Your Meals: The F.N. Sharp Guide to Cooking with Fresh Herbs and Spices

Wine reduction sauces can also turn ho-hum desserts into masterpieces. You can make a red wine sauce and pour it over ice cream, brownies or pound cake, while white wine sauces pair well with fresh fruits and fruity desserts. When adding wine to dessert sauces, you’ll usually add some sugar and spices such as cinnamon sticks, as well, to really bring out some flavor.

Now that you know how to cook with wine, how about you pour yourself another glass and check out these delicious recipes to try cooking with wine!

How to Cut Up a Whole Chicken Like the Pros