Home › The F.N. Sharp Guide To Cooking With Different Cuts of Meat

When preparing for that next big dish, every home cooking enthusiast will be faced with a difficult decision. What kind of meat are you going to use?

It’s All in the Meat: The Ultimate Guide to Meat Cuts

When it comes to meat, there is no shortage of cuts available for purchase. In fact, to the untrained eye, it’ll be difficult to tell the difference between the tip and the rib. It’ll be easier for you to make your decision if you had an idea of the different kinds of meat and what they are used for, and you’ll find it all in this F.N. Sharp Guide to Meat Cuts! Let’s start with beef.

All About Beef Cuts 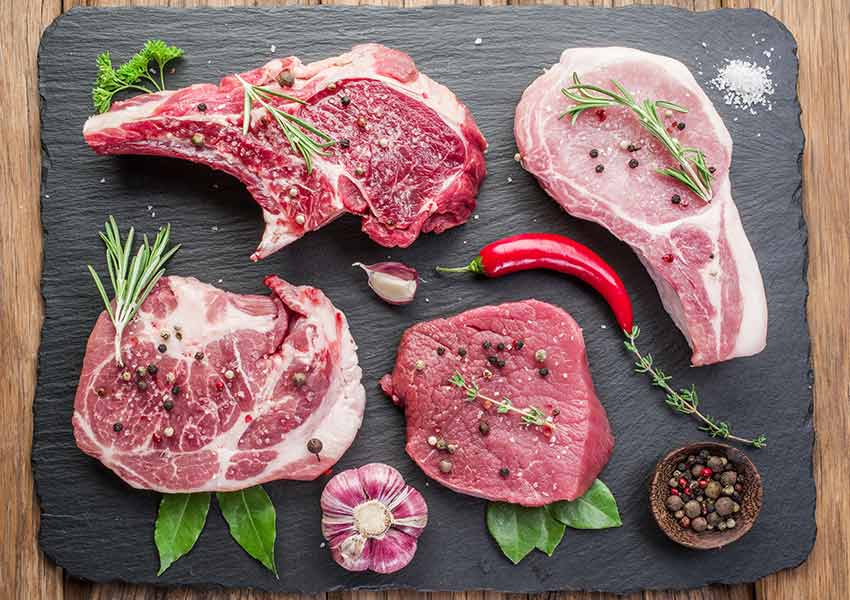 When it comes to different cuts of beef, the cow is split down the middle from the neck to the tail, creating two halves that make up the forequarter and hindquarter, which are then split into different cuts.

The beef forequarter is made up of four primary cuts:

The beef hindquarter is also made up of a few primary, or primal, cuts:

All About Poultry Cuts 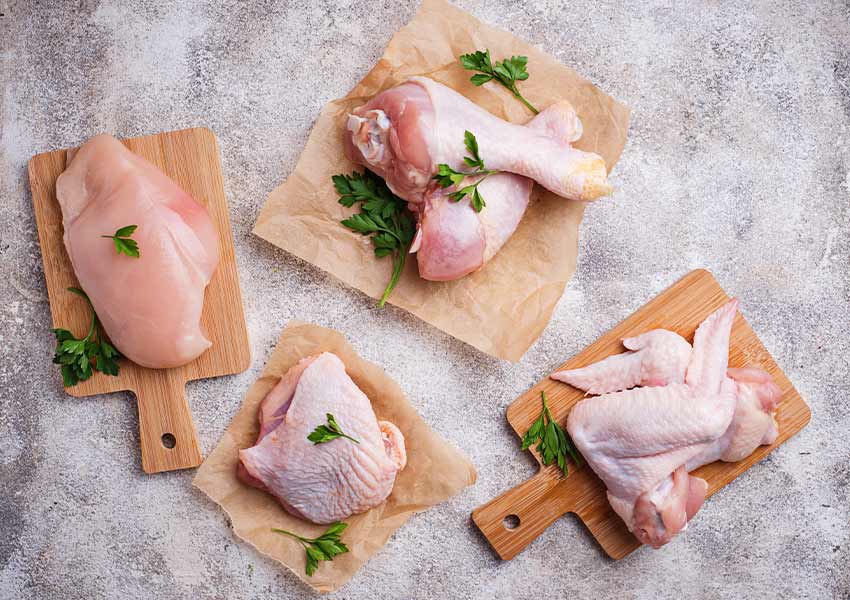 Next on the list is poultry. The main poultry cuts you will encounter are the wings, breasts, legs and thighs. There is a wide variety of poultry out there, but the two main categories of poultry meat can be classified as white and dark.

If you’ve ever wondered how to cut up a whole chicken, then check out our guide here. And if you’re looking for some new chicken recipes, then how about some delicious arroz con pollo? Or maybe some classic butter chicken? Or get the grill going for some chicken kabobs, either Greek-style or Italian-style saltimbocca!

All About Pork Cuts 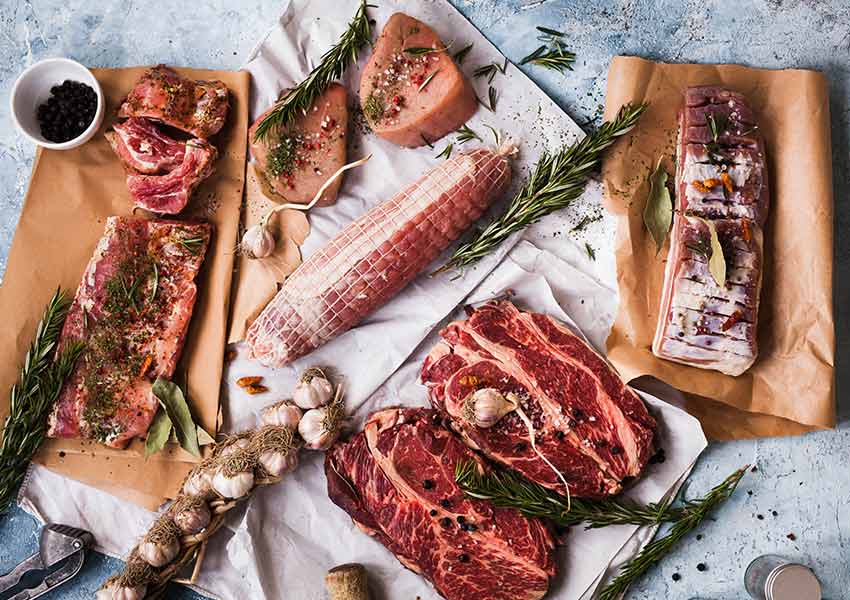 Pork is also broken down into four primal cuts: the leg, the belly, the loin and the shoulder.

Become a pork master with our guide to different cuts of pork. Then test your skills with this recipe for pulled pork, made easier with F.N. Sharp Knives and the Instant Pot.

All About Lamb Cuts 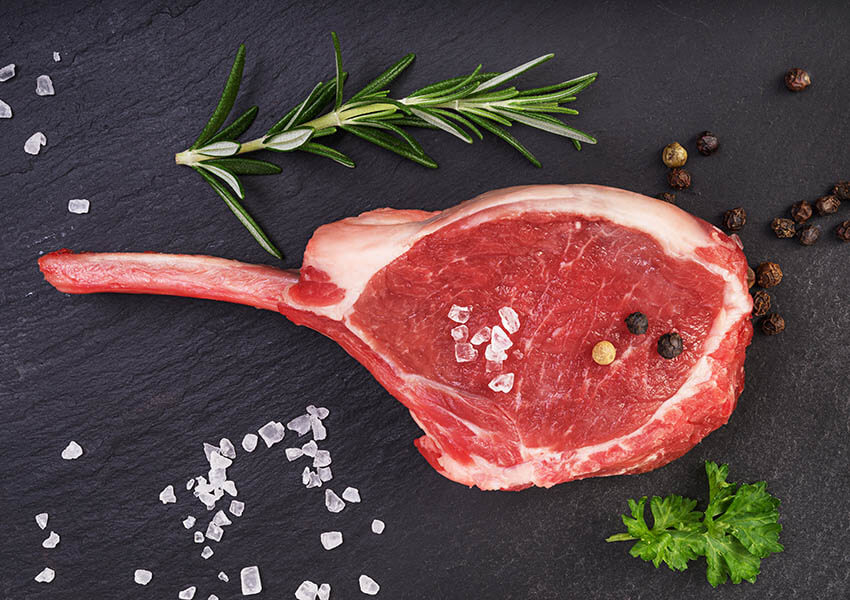 Like a few of the other meats we’ve covered, lamb is made up of four primal cuts: front, leg, loin, and flank.

To learn more about how to break down lamb, check out our lamb cuts guide.

All About Game Meat 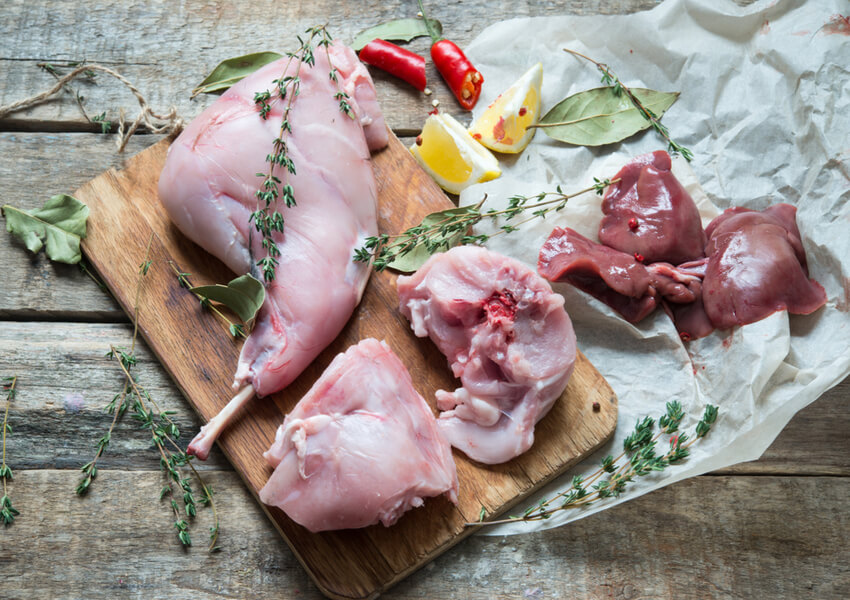 There are other kinds of meat out there that differ from what is commonly found in grocery stores. This, of course, is game meat. Game meat comes from any animal that is hunted out in the wild rather than raised on a farm. These might be considered exotic to the home cooking enthusiast, but even then there are still certain types that can be considered more common in the market.

Now that you know all about the different cuts of meat, from beef to game meat, you can start expanding your recipe book with a variety of different dishes to wow your family and friends with something a little different every time you set the table. And if you’re not sure what spices go with what when it comes to the different types of meat, then be sure to check out our meat seasoning guide. And if grilling is your thing, be sure to check out the F.N. Sharp Guide to Meat Grilling!